USTC > Press > Major merger in the transport and logistics industry

Major merger in the transport and logistics industry 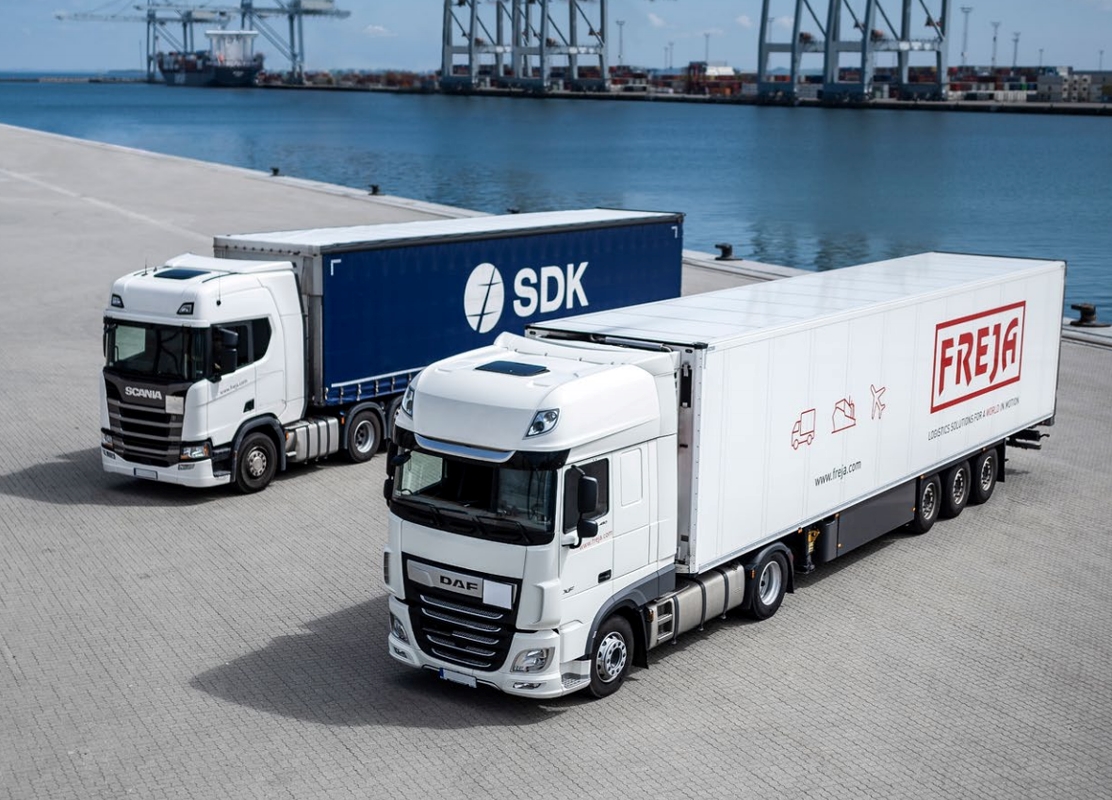 Today FREJA Transport & Logistics Holding A/S and SDK A/S, owned by USTC, announced a merger that will consolidate two large family-owned companies in the transport and logistics industry. SDK and FREJA will bring together approximately 1,300 people and carry an annual turnover of more than DKK 5 billion.

The announced merger between FREJA and SDK, which is owned by the USTC Group, will create a new force in the transport and logistics industry, strengthening the combined market position and paving the way for future growth.

Pending the approval from the relevant competition authorities, SDK A/S will become a 75% shareholder in the newly merged company. The remaining 25% ownership will be held by the current majority shareholder and founder of FREJA, Jørgen Hansen, along with the management team.

Handing over a large part of his life’s work has not been an easy decision. Therefore, it was crucial for Jørgen Hansen to find a business partner that stands by the same long-term values and commitments that FREJA was founded on.

“Since I founded the company in 1985, it has been our ambition to grow the business and expand our reach. I am very proud to find our company in a situation where we will become part of the USTC Group by merging with SDK. Our family values align with the values of the Østergaard-Nielsen family, and I have full confidence that the new ownership is a perfect fit,“ says Jørgen Hansen.

The SDK Group is owned by the Østergaard-Nielsen family and has a long history in transport and logistics. The company was founded in 1876 under the name Julius Mortensen Shipping. Many years later, it became the first company that USTC owner Torben Østergaard-Nielsen acquired.

USTC is a global conglomerate with more than 2,500 employees, covering more than 100 offices in 33 countries and headquartered out of Middelfart, Denmark. In the last fiscal year USTC reported a turnover of DKK 76 billion.

“We have been looking for a strong company with equal values to join forces with in order to achieve our long-term goals. This merger will create a platform for further growth, both organically and by acquisitions. When the merger is finalized, we will be better positioned to compete in the market through scale and by combining existing competences and knowledge from our experienced and valuable employees in both FREJA and SDK’s logistic companies”, says Søren Gran Hansen, CEO of SDK.

The CEO of FREJA, Ulrik Rasmussen, also welcomes the merger and is very aware that this move puts the joint company in a great position to approach customers with an even better service, quality and a broader portfolio.

The merger will result in changes to the company structure. All of FREJA’s current business units will merge with SDK’s logistic activities into a new entity called FREJA Transport & Logistics. As a consequence, the majority of the current SDK logistic activities will be rebranded to FREJA, carrying on the well-known and respected brand within the industry. All other SDK activities within shipping, agency, chartering, stevedore, and cruise will continue unchanged under the SDK brand and will remain under the full ownership of the USTC Group.

The current CEO of SDK A/S, Søren Gran Hansen, will continue in this role as well as taking on the role of Chairman of the Board for the new entity FREJA Transport & Logistics. The founder of FREJA, Jørgen Hansen, will join the SDK A/S Board of Directors and bring with him invaluable experience and industry expertise. Ulrik Rasmussen, who is currently the CEO of FREJA, will continue as CEO of FREJA Transport & Logistics.

The agreement is conditioned upon the approval of the relevant competition authorities.

The transaction price will not be disclosed.

The company offers specialist logistics solutions within Healthcare, Warehousing and Refrigeration and is locally based in Northern Europe including strategic positions in China and Spain. SDK FREJA is one of the few independent and privately owned local mid-sized logistics and shipping companies. With +1200 employees in eight countries the focus is on providing one entry point for a consistent and effective solution within the business areas.