Succession in place in USTC 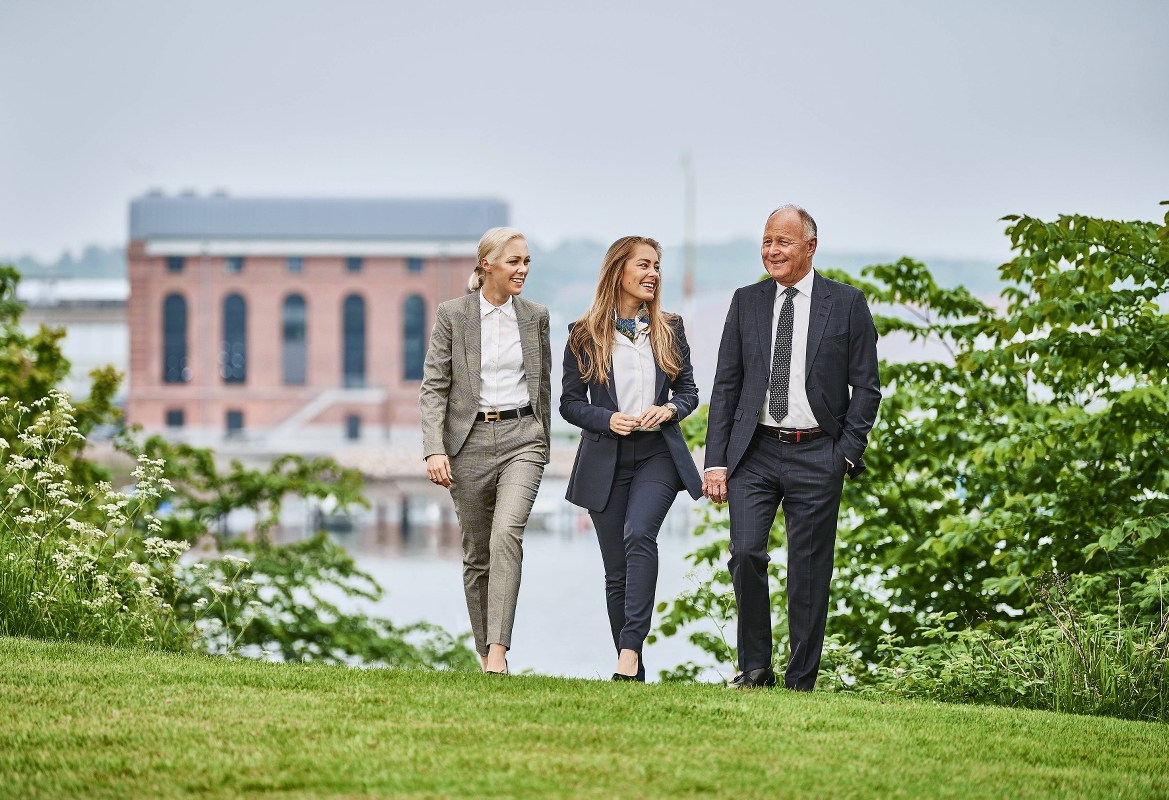 The future of Torben Østergaards-NIelsen's global shipping group United Shipping & Trading Company (USTC), based in Middelfart, has now been cemented with the implementation of the first financial step in a planned succession process.

The next generation in the family-owned business, daughters Nina Østergaard Borris and Mia Østergaard Nielsen, have become co-owners via the parent company Selfinvest. In future, they will take even greater part in the active ownership of the worldwide group with activities inoil, shipping, transport & logistics as well as IT, cars and investment company.

The financial implementation of the first step of the succession process forms part of the plan made by the family back in 2017, when it was decided to keep ownership of theUSTC group in the family.

“You could say that we made the most important decision back in 2017, when Nina and Mia made it clear that they want to be an important part of the group’s future. Since then, we’ve worked determinedly in accordance with the established plans, both on their development in and outside the group and on the formal part surrounding a succession,”says Torben Østergaard-Nielsen.

“I still have no plans either to reduce my workload or retire. But it gives us peace of mind to get this important step in place, not just for us as an owner family, but also for our employees and other stakeholders worldwide,”says Torben Østergaard-Nielsen and continues: “I’m first and foremost pleased that the group has the financial strength to implement a costly succession process. And now that this step is in place, we can again focus fully on the group’s general growth and development plans.”

The next generation of the family-owned business brings in-depth knowledge of the group.

For the past six years, Nina Østergaard Borris has been Executive Assistant and Head of M&A in Bunker Holding, the USTC group’s largest business unit, focusing on business optimisation, strategy and M&A. In January 2020, she joined the Executive Board of USTC as COO with responsibility for business optimisation and development of the group’s operating companies in close interaction with the companies’ Executive Boards as well as Torben Østergaard-Nielsen. Concurrently, she holds directorships in USTC, Uni-Tankers and SDK, and she is also a member of the Council of Owners in Selfinvest Family Office together with both her father and sister.

“It’s with a great deal of humility that we now become co-owners to continue everything that has been built up and thatwe know so well,”says Nina Østergaard Borris.

Torben Østergaard-Nielsen’s youngest daughter Mia continues her development outside USTC in line with the established plans and has just been promoted to Associate with the executive search and leadership consulting firm Spencer Stuart. She also takes active part in the USTC group, where she is a member of Bunker Holding’s Board of Directors and of the Council of Owners.

“We’ve been raised in the group in every way and we’re aware of the responsibility that it entails to take over and continue the active ownership,” says Mia Østergaard Nielsen.

The active ownership of the group is implemented through the owner family’s Selfinvest Family Office.

United Shipping & Trading Company (USTC) is represented in more than 35 countries through the groups’ activities in Oil & Energy, Shipping, Door-to-Door Logistics, Risk Management & IT. The family-owned group was founded in 1876 and today consists of well-known companies such as Bunker Holding, SDK Freja, Uni-Tankers, Selected Car Group and Unit IT – operating out of 130 offices with more than 3,500 employees worldwide. Headquartered in Middelfart, Denmark, USTC’s equity stands at over DKK 3 billion with a turnover of DKK 76 billion in the last fiscal year.