Once a small local shipbroking company, USTC has grown to become a leader in a large global market and continues to expand as a family business with emphasis on core values, great history and a strong culture. 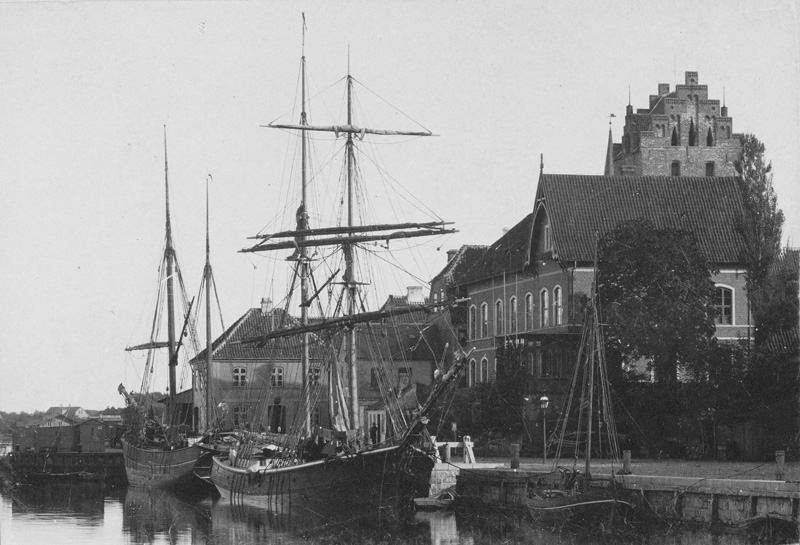 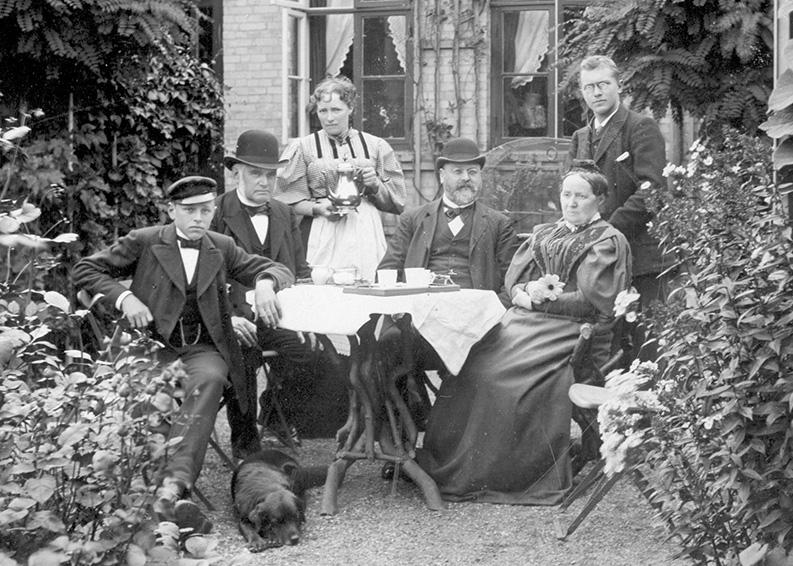 We started out in 1876 as a small local company. Today, we are local experts in dozens of countries around the world and a global industry leader.

In 1876, Julius Mortensen Shipping was based in Fredericia, a provincial Danish port, and no one in the industry expected ever to hear much about the company. For the first century they were quite right about that. 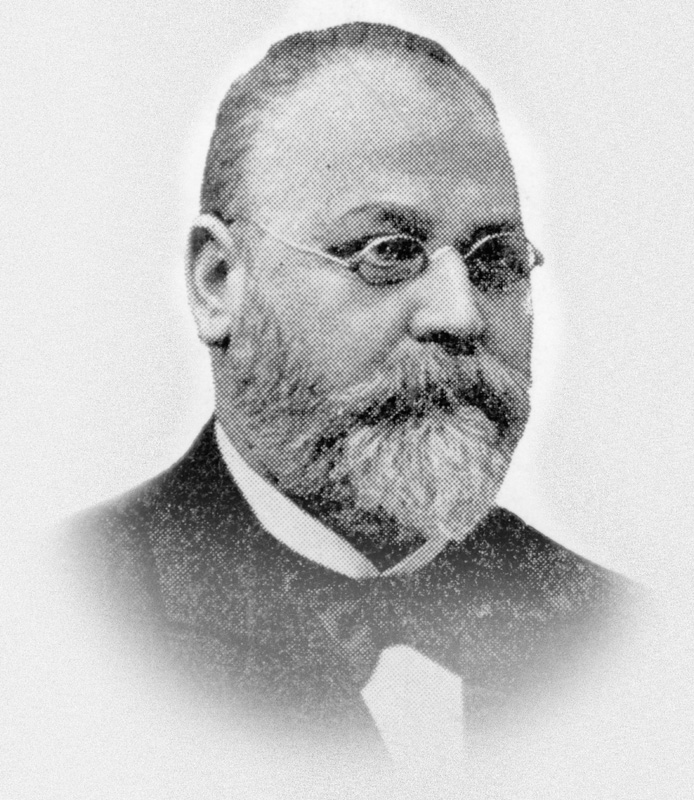 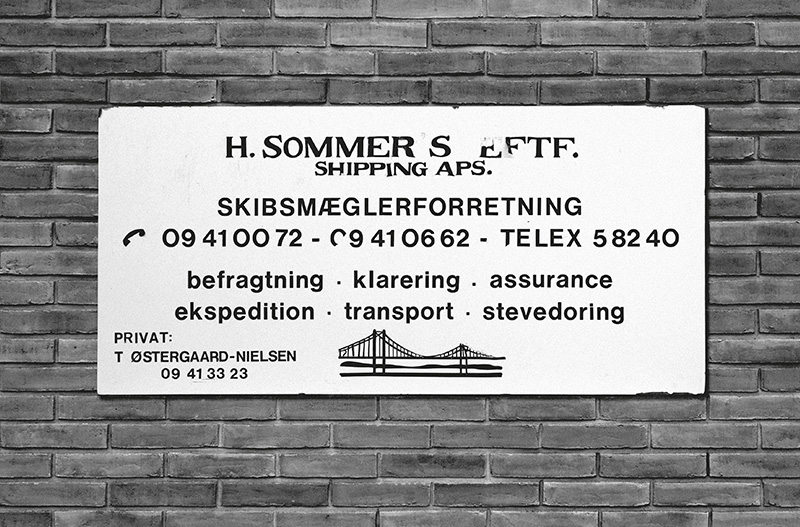 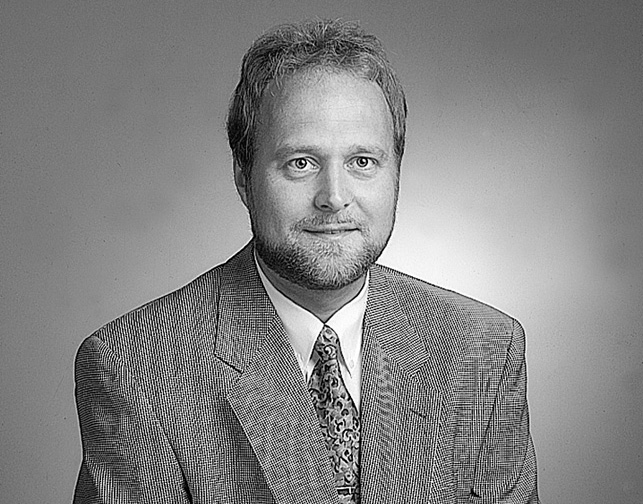 But in 1974 Julius Mortensen acquired the local shipbroker H. Sommer in Middelfart and a few years later, in 1978, they hired a young managing director to run the company. His name was Torben Østergaard-Nielsen and he soon envisaged how the industry could advance.

When managing H. Sommer in Middelfart, Torben Østergaard-Nielsen handled all the bills for his clients, and he noticed something odd about them: The shipping lines always bought their fuel directly from the major oil companies, and the prices they paid for fuel varied wildly. Clearly, Torben figured, there must be a market for an independent bunker trading company that secured the lowest price every day. This led to the launch of our first bunker company, Dan-Bunkering, in 1981. 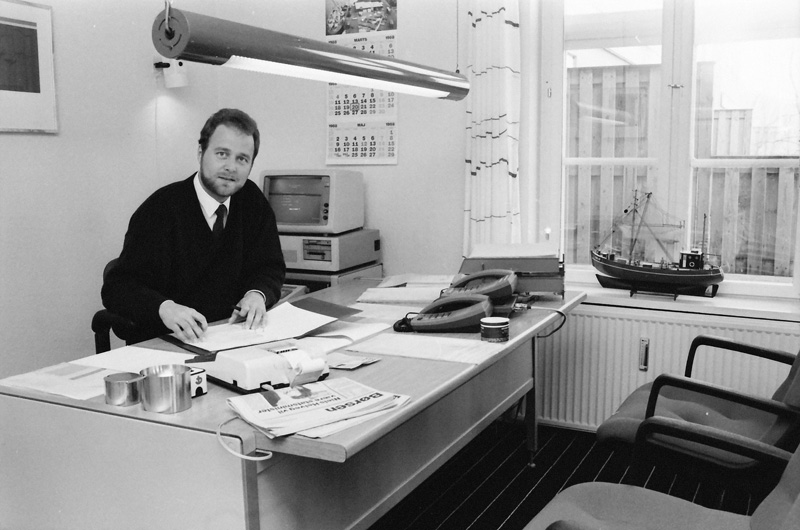 Along the way Torben acquired full ownership of Julius Mortensen Shipping and gathered all activities with USTC as the parent company. Over the next decades, USTC blossomed to become a significant part of the domestic and international field. Yet, throughout this lengthy journey, the company has proudly maintained its local roots from the outset in 1876. 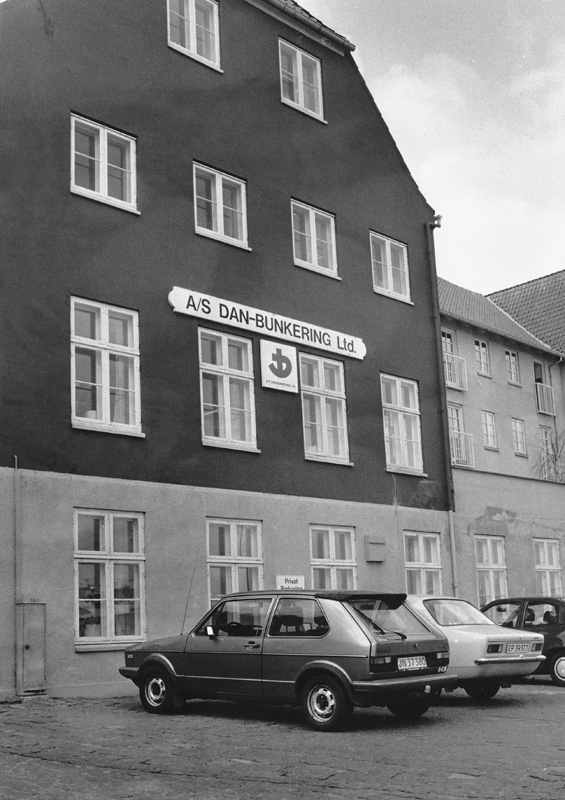 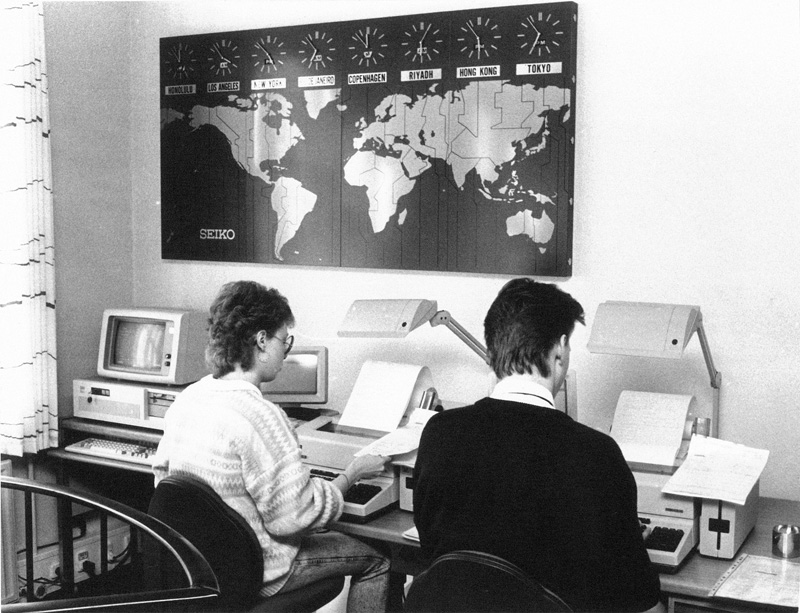 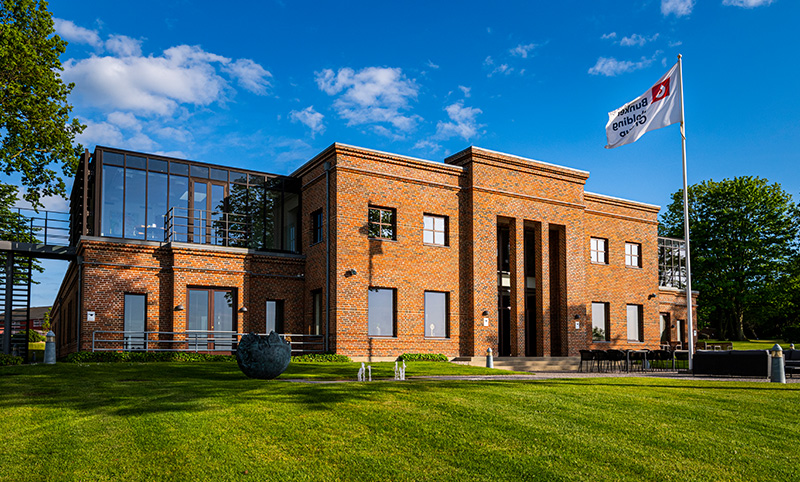 And the journey hasn’t stopped since. Today our 70 bunker offices around the world are the backbone of the Bunker Holding Group – the largest company in USTC. Since the 1980’s, Torben, alongside other bunkering pioneers, has transformed the shipping industry, with Bunker Holding at the forefront of a global industry. 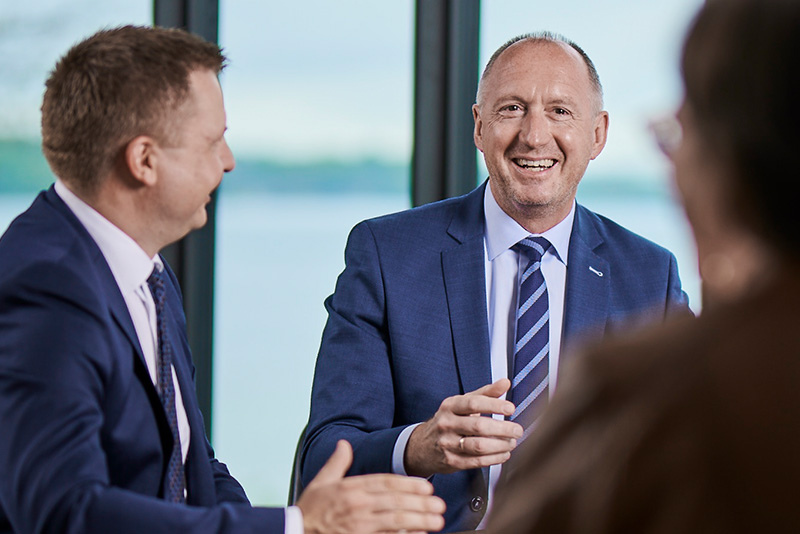 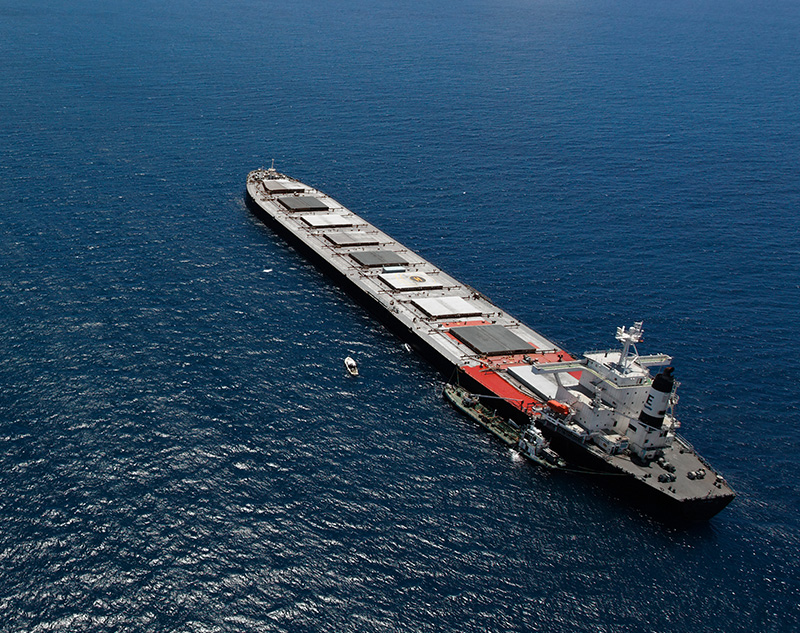 The original shipbroking company is still a very important part of the group. Known for many years as Shipping.dk the group was rebranded SDK in 2018. With the addition of FREJA Transport & Logistics by the end of 2020 the SDK FREJA group currently employs more than 1,200 people in currently 7 countries. Nowadays, SDK FREJA facilitates activities within shipping, logistics and chartering as well as cruise services. 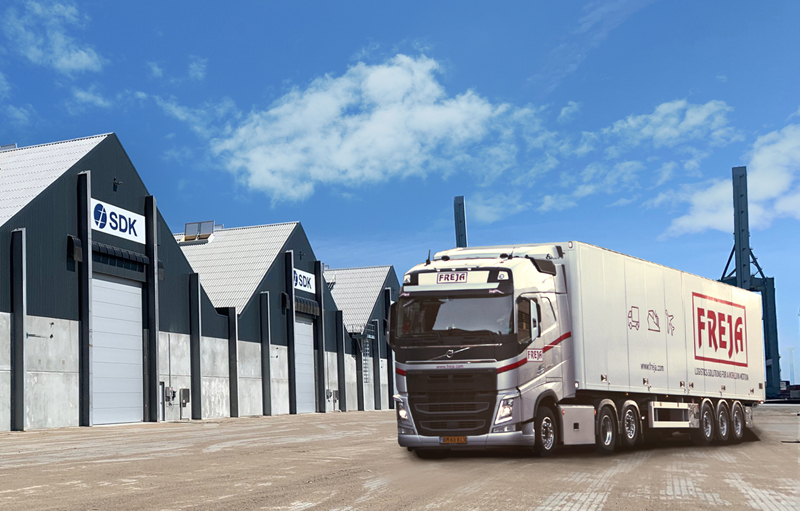 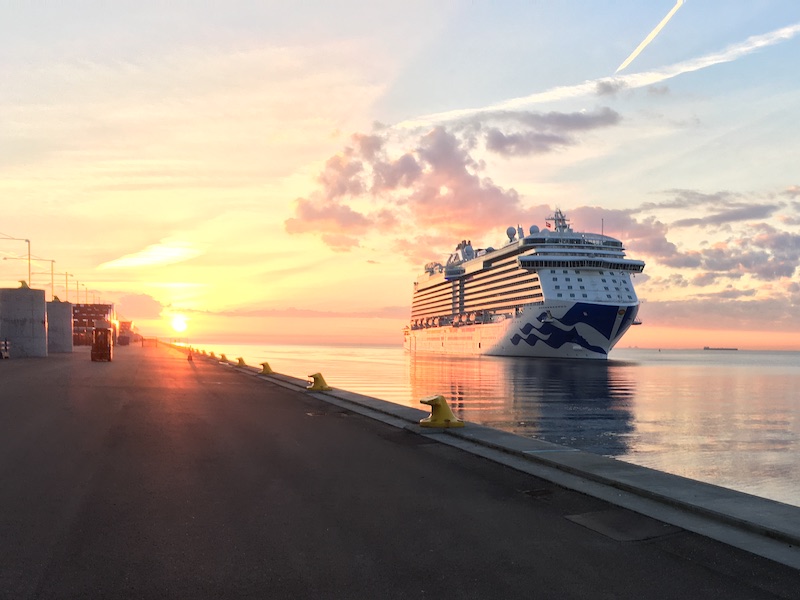 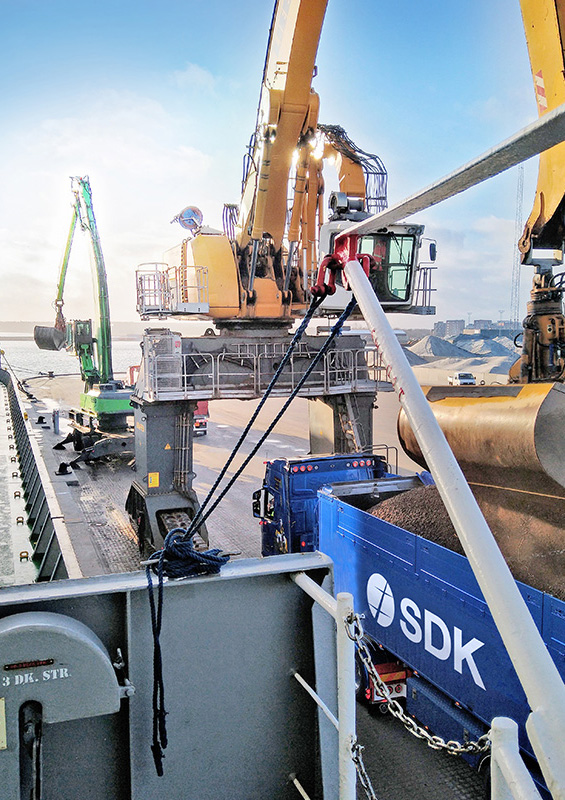 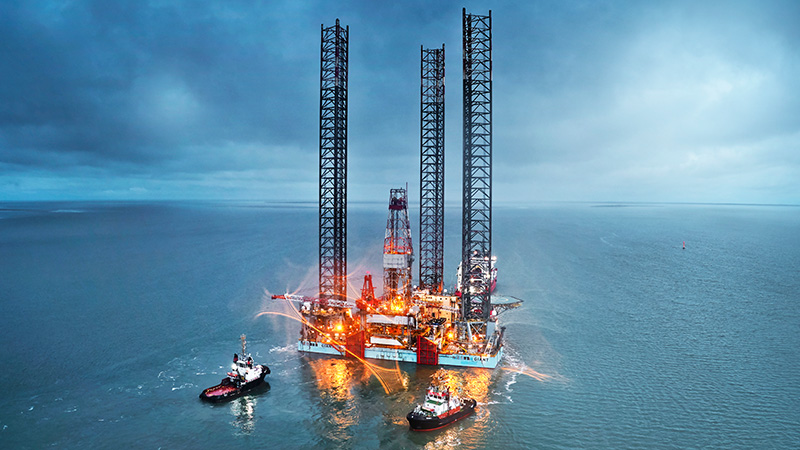 Accordingly, Uni-Tankers, founded as a subsidiary of USTC in 1995, now operates approx. 40 tankers in the Mediterranean, Black Sea, Caribbean, US Golf and other areas, and is the leading oil and chemical tanker operator in its core markets. 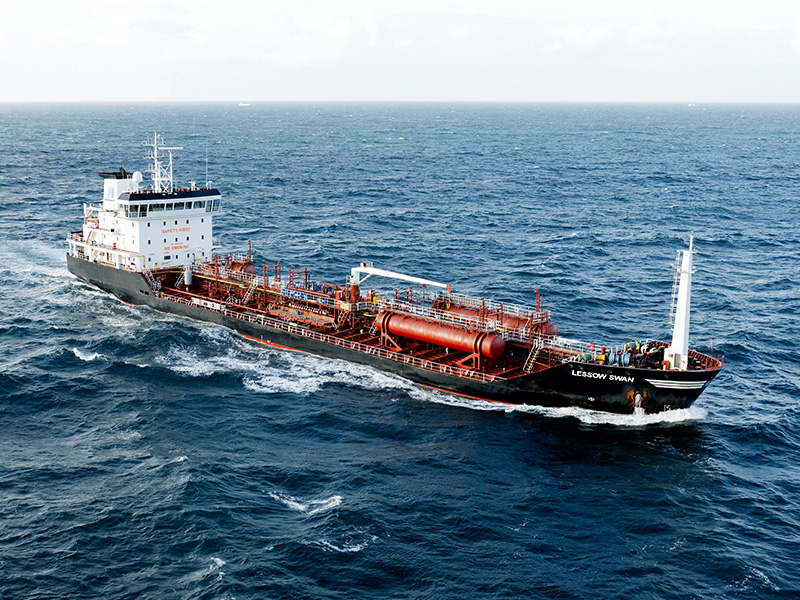 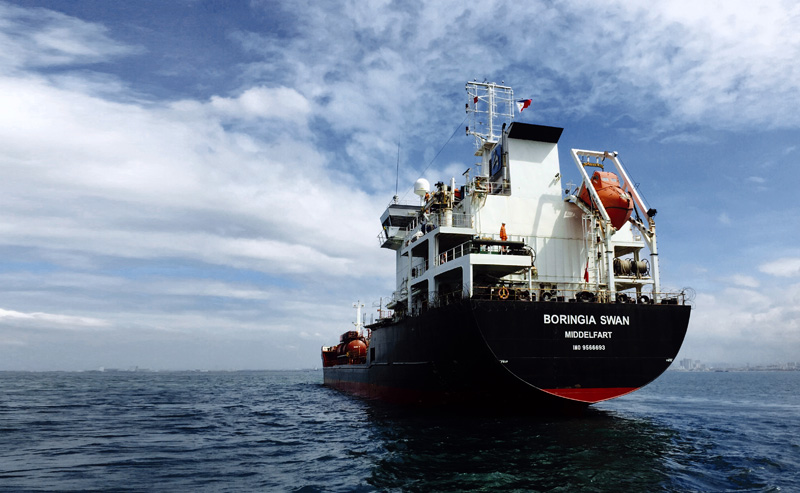 Contemporary with the digital age, the USTC group embraced a digitised labour market by converting our internal IT department to an independent IT company – Outforce – in 2003. The company acquired MindZet and it-Craft in 2016 and successfully merged in early 2019 to form what is now known as Unit IT. Nowadays Unit IT completes tasks in e.g. IT infrastructure, SQL, BI and private and public clouds and enjoys the trust of more than 750 clients and 14,000 users through its eight offices in Denmark. 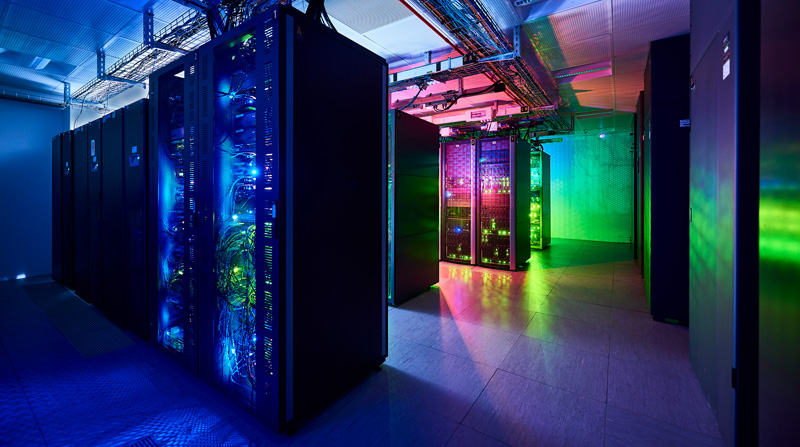 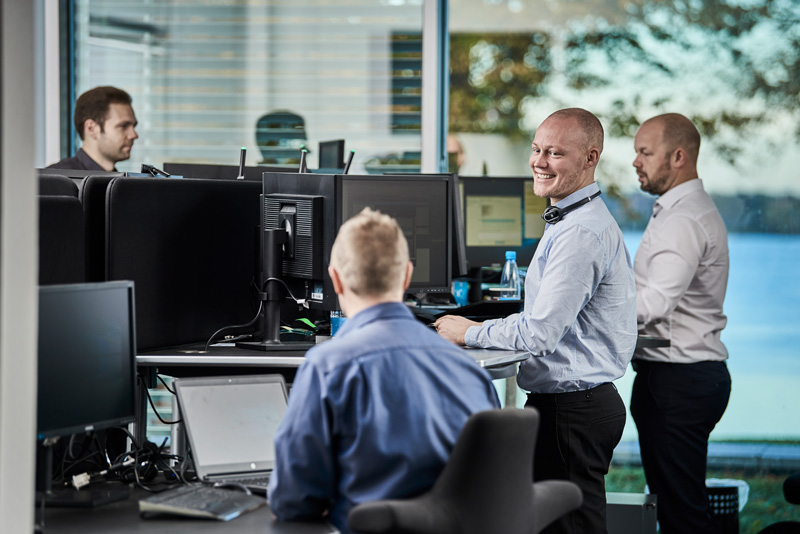 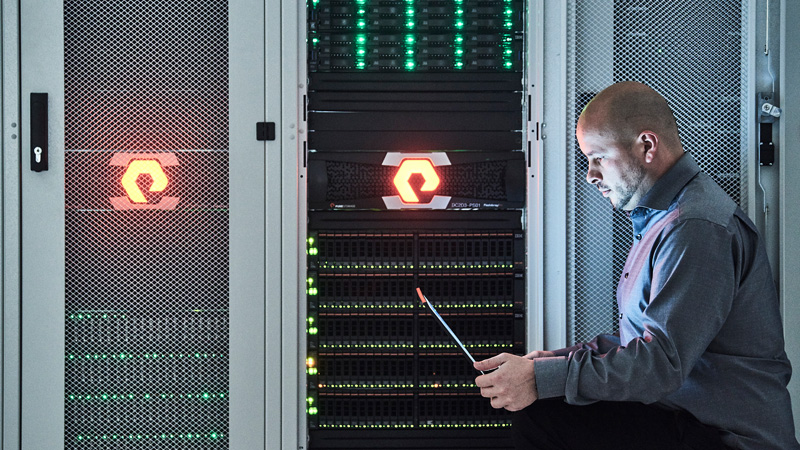 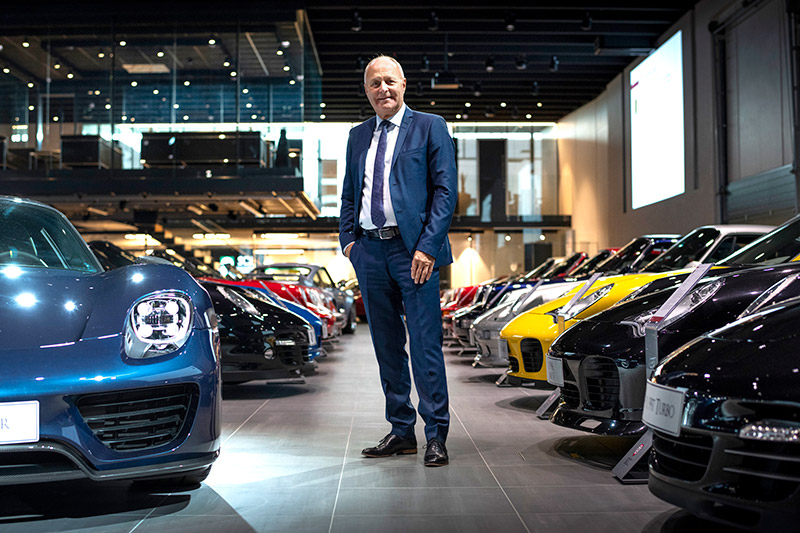 Selected Car Group is fueled by Torben Østergaard-Nielsen’s passion for sports cars and comprises Selected Car Leasing, which provides leasing of premium cars; Selected Car Collection, a unique and dynamic collection of selected special cars, built up in a historical and chronological order in exclusive settings also serving as a unique venue for meetings, events, and presentations; and Selected Car Investment, the commercial office of Selected Car Collection that deals with cars with collector and investor appeal. The activities in Selected Car Group became wholly owned by Torben Østergaard-Nielsen in 2018 and are domiciled in two newly constructed, ultra-modern showrooms in Middelfart and in newly refurbished showroom premises on Strandvejen in Hellerup. In June 2020, a spectacular new domicile was added in Køge, and in October 2021, yet another stylish showroom will open in Silkeborg. 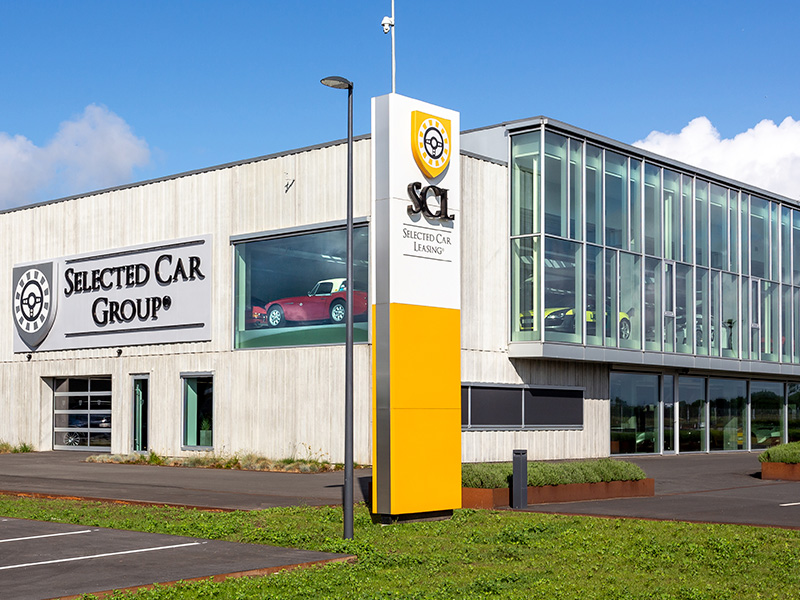 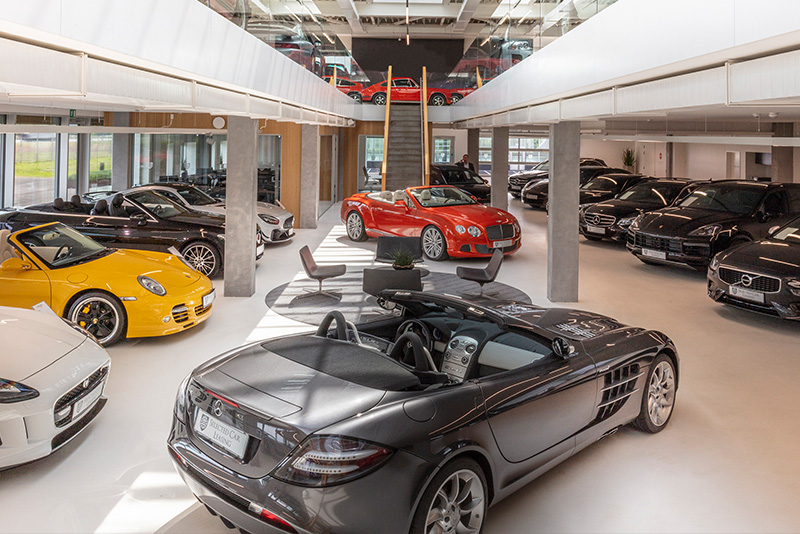 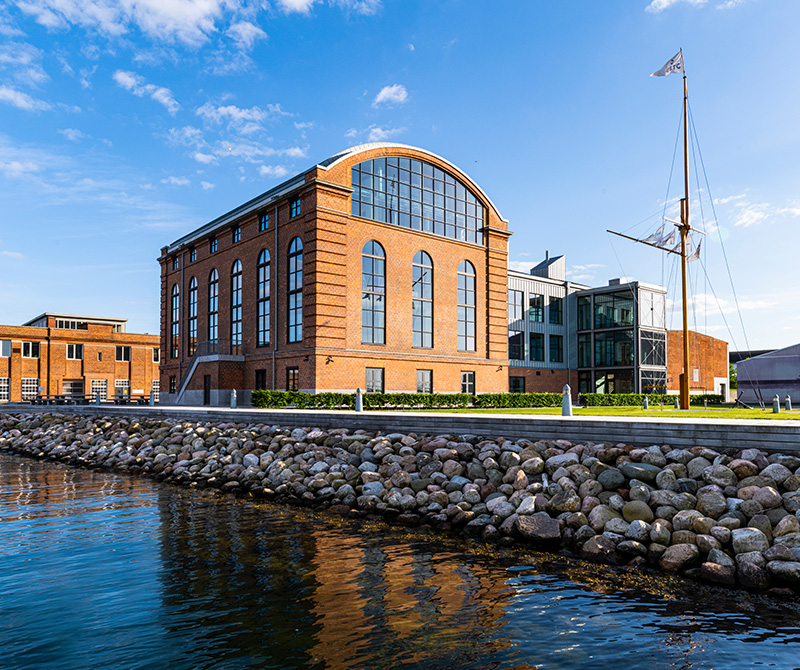 The head office is still in Middelfart, Denmark. In 2013, USTC moved to the 100-year-old Turbine Hall (built in 1918). The fully renovated building now houses offices for Selfinvest, USTC, and Uni-Tankers among other group companies. Middelfart is also location for Bunker Holding Group, Unit IT, and Dan-Bunkering – the bunker company that started it all. 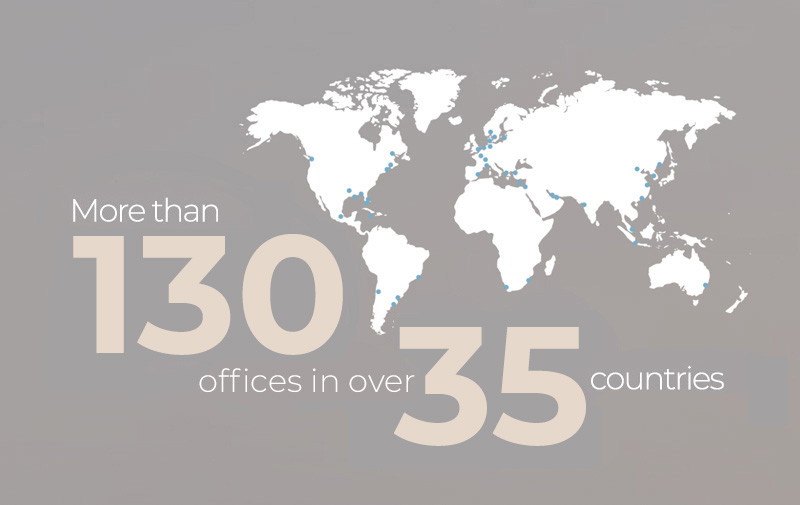 All together USTC employs more than 3,500 people. We comprise more than 50 different nationalities, and we call Seattle, Sydney, Seoul and a multitude of other locations in over 36 countries for home.

Today, the genesis of USTC is still going strong and reinventing itself for the 21st century. With the original pioneering spirit still a very active force, the list of activities is certain to increase.

In 2022, Torben Østergaard-Nielsen took over as working Chairman of the Board of Directors for USTC. He is still a very active presence and continues to set the strategic direction for USTC. His values are imbedded into every corner of the Group, and they have bestowed USTC with a compelling history and a strong culture.

In 2022, Nina Østergaard Borris, the eldest daughter, has taken the step up by becoming CEO of USTC. She continues to work closely with her father and sister Mia Østergaard Rechnitzer as they maintain their carefully laid plan for the ascent of the next generation.

After spending valuable time outside the Group, the ownership circle was completed in September 2021 when Mia Østergaard Rechnitzer took over as Head of Corporate Governance. The employment was also a long-planned next step in the development of the family business, and Mia’s entry underlines the strong family ownership in the global group where all three owners are actively involved. In 2022, Mia Østergaard Rechnitzer steps into USTC Executive Management as Chief Governance Officer and continues to focus her efforts on the important ESG agenda for the group.

Nina also serves as a director on several boards, while Mia is a member of the Board of Directors at Bunker Holding, Uni-Tankers and USTC. 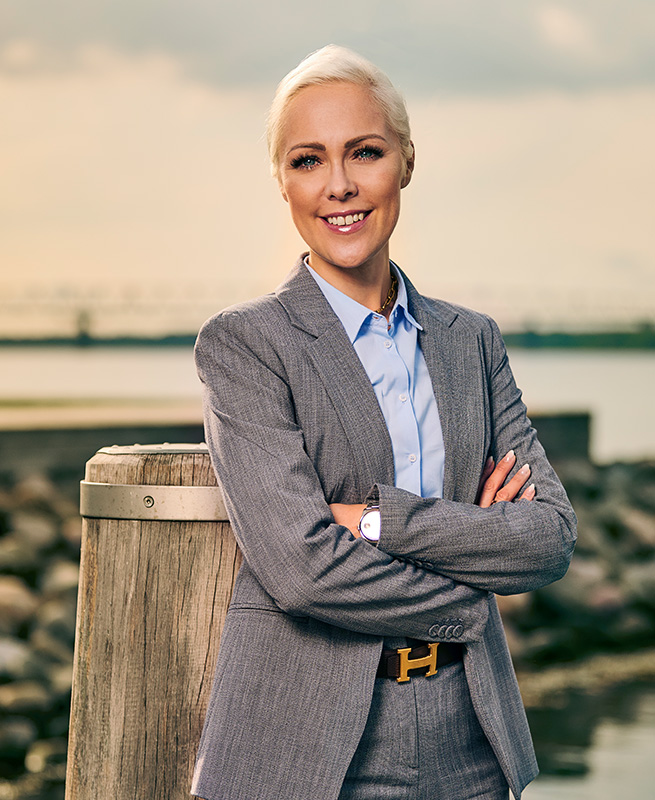 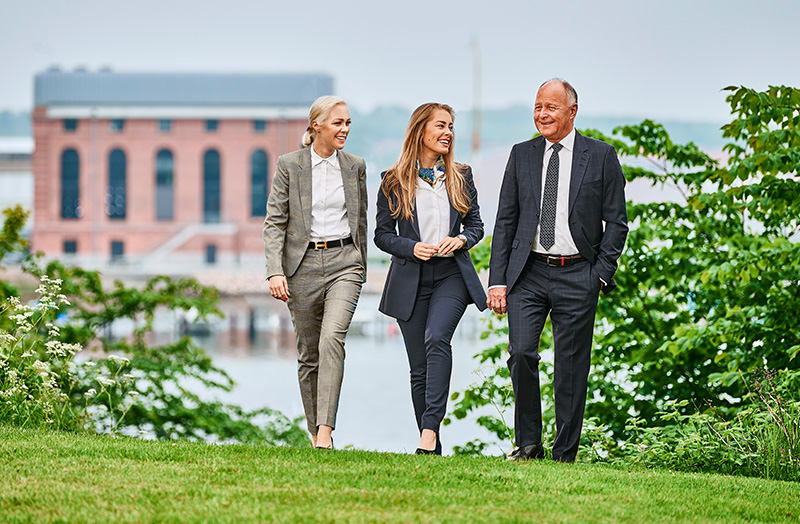 Both Nina and Mia are active in the parent company Selfinvest, which is where the family’s active ownership of the USTC Group is rooted. From here, the family executes an ownership strategy that will provide a solid foundation for future generations.

In June 2020, the family implemented the first financial step in the well-planned succession process. Torben Østergaard-Nielsen keeps the controlling A shares of the parent company Selfinvest, but 2/3 of the ownership of the USTC group has been transferred to Nina and Mia.

The family is determined that USTC will remain in their ownership for generations to come, and they agree that it must be led by an able and experienced management team, and guided by active, knowledgeable and visionary owners who ensure that their ethos and values continue to pervade the company.

They are proud that the family has created an industry leader in several fields, but they also stand humble in front of the task that awaits. Under their stewardship, as under their father’s, USTC will be focused on achieving every goal through a relentless focus on excellence and thoroughness. 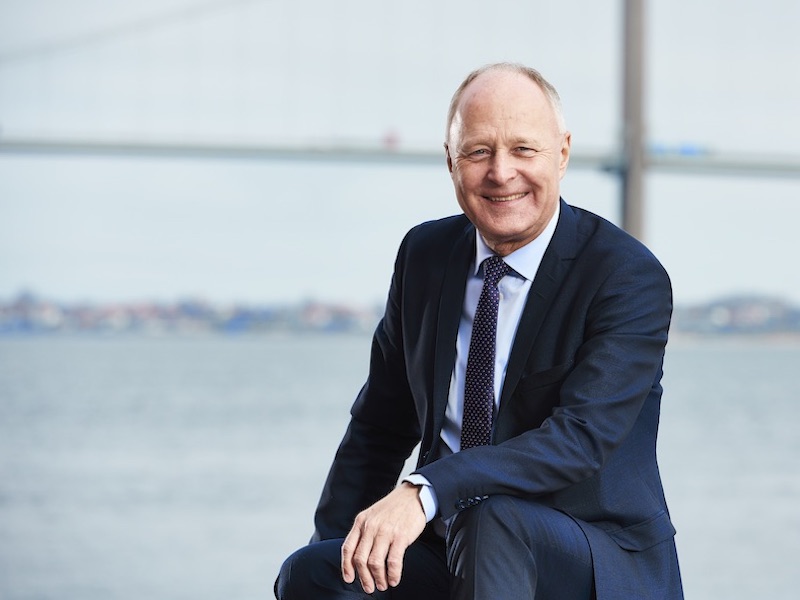